From Ghost to WordPress to Ghost again 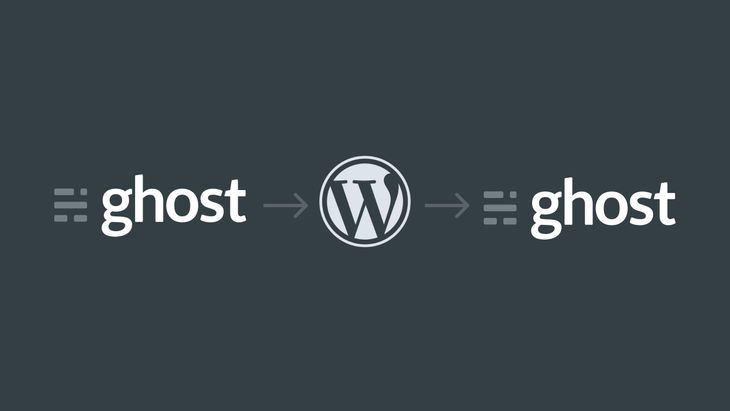 My first Portfolio and Blog was managed by Ghost 1.0 and it was very good at that time but after 6 months and the lack of features I decided to migrate to Wordpress with a template I bought on Themeforest.

I chose it because it was the best not only to show my projects but also to share knowledge by writing small articles in a personal blog.

I personally don't like too much Wordpress and this is related to its structure and the path you need to follow in order to make changes or deployments to the server because as a developers, we tend to change stuff directly in the code for improvements or fixes but since I needed to have something  asap to show my work to the world, then I had no other good option.

But two months ago I decided to drop it and start doing something more personal, a website from scratch... then I realised I did not have the time for that and I researched for the best blogging platforms.

Fortunately I found a tweet from Ghost about they will release the 3.0 version then I decided to take a look to the features from the 1.0 until this one and the changes were so many that instantly I said "this is the one!"

The migration was the tedious part as it always is because even with the guide provided by Ghost I still needed to update many things like:

After 2 weeks this whole website is the final result!

I must say that I love it because now is fastest since they based this version following the JAM stack and the way to update the code, routes, design is really easy.

I am going to try to contribute to the core of Ghost because in some aspects they still need improvements and since I like open source projects, this is a perfect time to make a small contribution.

From Ghost to WordPress to Ghost again